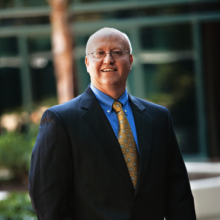 Mark was the youngest divisional president at Archer Daniels Midland (ADM); by 35, he was Corporate Vice President of ADM, an officer of the company, and the leading candidate to become the next company president. Mark got involved in illegal price fixing with other ADM executives, became an FBI informant for three years, pleaded guilty to tax evasion and fraud, and was sent to prison for almost nine years.

Just prior to Mark entering prison, a pharmaceutical executive--who was a member of a ministry called CBMC (Christian Business Mens Connection) named Ian Howes--reached out to Mark and mentored him using a Bible study called, Operation Timothy. During Mark’s initial few months of incarceration as he was being mentored by Ian Howes, Mark became a follower of Jesus Christ. Chuck Colson of Prison Fellowship Ministries also reached out to Mark while Mark was in prison and mentored Mark along with Ian Howes.

Mark and his wife Ginger reside in Florence, KY (near Cincinnati), and they have three adult children. Mark graduated with B.S. and M.S. degrees from The Ohio State University and a Ph.D. from Cornell University. Mark is married to Ginger. Ginger Whitacre is the person who forced her husband to turn himself in to the FBI in 1992, which started the largest price fixing case in U.S. history at the time.