Just Do It: ESN Reading Groups on Campus 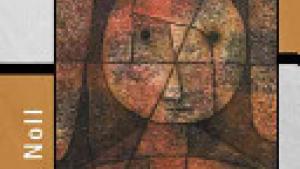 “Just do it” is more than a famous slogan. It is also the unquestioned, unreflective attitude that your Christian friends have towards their faith. As Mark Noll puts it, “the scandal of the evangelical mind seems to be that no mind arises from evangelicalism” (The Scandal of the Evangelical Mind, 239). But because we are commanded to love the Lord with all of our minds, it is essential that we reclaim and redevelop a more vigorous, energetic imagination for what could be. The Emerging Scholars Network offers us a fresh opportunity to cultivate the clear-minded, bright-eyed thinking that is the necessary precursor for revival. I would like to share with you how a few reading groups are suggesting a new direction.

I started my first ESN reading group at Emory University during my campus intern year with InterVarsity in 2003-04. Too naive to know any better, I decided to make it like boot camp: the harder, the better. The way I saw it, the more students put into the group, the more they’d get out of it — and that would make for big ripples throughout the rest of their lives. Recruiting was a bit slow, but once traction developed, we never looked back. We soon got to our maximum size of six students and closed it off to new members.

One week I assigned nearly sixty pages, or three chapters of our text, Philosophical Foundations for a Christian Worldview. Since there aren’t that many pictures, it probably took most students four or five hours to do the reading. On top of the hour-long round trip to my home and the ninety-minute meeting, their commitment each week probably exceeded anything they did for their actual college classes. Some students took to outlining the chapters in order to be well-prepared for the weekly discussions.

Word of mouth spread, and it became clear there was interest in starting a second group in the spring semester. Thinking about the next generation, I invited one of our top members to lead it. He agreed to do so on the condition that I would help him prepare. Each week, he participated in the original group at the same time that he was rereading the earlier material, meeting with me, and leading the new group. He was one of the two who went on to become philosophy majors.

I moved to Memphis after my intern year in Atlanta. Emory Christian Fellowship continued to offer groups that focused on the intellectual life of the mind, led by members of the original ESN reading group. Meanwhile, I started a new ESN reading group for students at Rhodes College in Memphis. There was more moderation to the weekly assignments, but only so I didn’t assign more than we could reasonably discuss at our meetings. Students again reported new confidence in their faith, a deeper trust in God’s presence, renewed obedience to his will and, perhaps most unusually, a willingness to have distinctively Christian thoughts within the academy. (Alvin Plantinga’s justly famous “Advice to Christian Philosophers” has wise counsel about this neglected, but vital, type of loyalty to God.)

The reading group had less of my attention than during my intern year, since I was now responsible for overseeing the work on multiple campuses. As a result, it took more time to see student initiative develop. Nevertheless, during the second year of running an ESN reading group at Rhodes, current and former members got together with a radical new idea: CRISIS.

CRISIS, or Christians Responding In Secularly-Inclined Schools, was a new student group whose aim was to rebut or refute biased teaching in Rhodes’ freshman “Search/Life” curriculum. This set of classes covered Western history and therefore included the study of both the Old and New Testaments. Though the stated motivation of “Search/Life” was to engage with a scholarly, academic perspective on the Bible, the entire framework was terribly lopsided. For instance, homework assignments typically came from a dismissive, secular perspective, and reputable evangelical thinkers were routinely ignored.

In order to buttress the academic experience at Rhodes, these students decided to carefully study the “Search/Life” syllabi over the spring and summer, divide it up by subject area, and assign a student to research each one intensively. Then, in the fall, they would come together to prepare study sessions for freshmen students and offer rigorous test preparation that included a thoughtful Christian take on the subjects at hand. While the idea was gutsy and innovative, without staff support for it the following year (I had moved to Boston), it never really got off the ground. The students prepared for it over the summer, but held only a few sessions during the following year.

After two years in Memphis, I relocated to Boston for seminary and continued part-time with InterVarsity, now at Harvard University. Again, over the past year, the ESN reading group has been an important part of my weekly schedule. As always, I screened applicants and only admitted Christian students. But, in spite of my best efforts, a non-Christian somehow slipped by my watchful eyes. Thankfully, by God’s providence, the reading group was one of the key factors in her decision to accept Christ during the fall semester. Her vocational interest is to create next-generation artificial hearts, to help those who are on long waiting lists for transplants. She recently told me that she now wants to give people a double heart transplant, healing both her patients’ bodies and souls.

What has made these groups so transformative for everyone involved? For me, it is clear that the dominant reason for our success has been the grace of God. He has been kind to me and to the students as we have muddled our way through the great questions of philosophical discourse. Another key factor has been the choice to use the superb textbook Philosophical Foundations for A Christian Worldview, written by William Lane Craig and J. P. Moreland. While there are a few weak chapters (notably on the Incarnation and the Trinity), the overall writing is exceptionally competent in discussing weighty subjects. The book enjoys unusually gifted writing, manifesting itself in the clarity of expression, strength of argumentation, precision of examples, and simple wisdom that shape each chapter.

I’ve found that starting with about thirty minutes of catching-up, while eating dinner together, makes for a tightly cohesive group. An hour seems to be sufficient to discuss each chapter. Praying before, during, and after each session has drawn us close to God and reminded us who is important and in charge. For those interested in duplicating this reading group, a background in philosophy and at least one or two participants who are philosophically-inclined is ideal. Those safeguards will keep the weekly discussion from going too far afield.

We are all theologians — whether we are good ones or bad ones is up for grabs. And, as numerous writers, scholars, and pastors have lamented, the average Christian in America struggles to think out the foundations and implications of the faith. So, may more reading groups pop up around the country, led by flawed leaders who have a burning passion to see students worship God with all of their minds. May God get all the glory.

Some other books that address the “foundations and implications of the faith,” and which would generate good discussion, include:

Carson wrote this piece while a full-time student at Gordon-Conwell Theological Seminary, earning an M.Div., and serving part-time with InterVarsity at Harvard University. His membership at Christ the King Presbyterian Church in Cambridge, Massachesetts, anchored his life and reminded him that we are here to love and worship God. He currently serves as the Director of Telos Ministries, Co-Editor of True Reason, and a Facilitator of National Apologetics Movements.