You Are Not Alone: Networks of Christian Academics 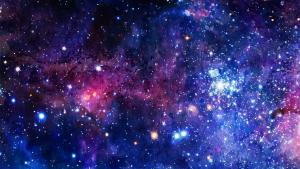 Misunderstood. Alone. Aliens in a strange land. These are apropos descriptors for how Christian scholars often feel whether in the academy or at church. My academic peers are perplexed how one of their colleagues can align themselves with the creeds and confessions of the historic Christian church. My fellow parishioners ask tentative questions as if probing whether someone engaged in scientific scholarship is capable of authentic worship. I often feel like a missionary to two very different mission fields in a single day within my hometown. But I am blessed to know many peers who feel as I do.

Establishing a network: A case study in astronomy

Contrary to popular perceptions, Christian believers are common in the sciences. My own discipline has a network, chr-astro, of over 200 practicing astronomers and students pursuing a PhD in astronomy. We suspect there are many more within our professional community. Broadly ecumenical in nature, chr-astro includes Catholic, Quaker, mainline protestant, and evangelical astronomers. Chr-astro is not a forum for discussion of well-worn topics (e.g., evolution; there are plenty of other forums for theological debates!). It is a space to promote community among those who work to understand the universe, and thereby bring glory to its Creator through knowledge of what has been made. It is a vehicle to create a culture of scientific practice that, like our forerunner Johannes Kepler, uncovers truth about creation while praying, “Oh God, I am thinking Thy thoughts after Thee.”

The seeds of what became chr-astro germinated in 1993 at the summer meeting of the American Astronomical Society (AAS) in Berkeley, CA, when one young assistant professor introduced two graduate students to each other whom he knew to both be believers. Recognizing a growing cadre of Christian peers, attendees at the 1997 Toronto meeting of the AAS launched chr-astro over a lunchtime gathering. This initial gathering consisted of at least ten astronomers, including several recent graduates of Harvard and MIT. Dr. Deborah Haarsma, then faculty at Calvin College, created the first web page and the email listserv that rapidly grew to several dozen subscribers. From then on, lunches or dinners at AAS meetings became regular events. Chr-astro grew at each meeting simply by posting a sign at the conference message board stating, “chr-astro, Christian astronomers luncheon, meet here, Tuesday at 12:45.” One person served as the organizer, posting signs and reserving a semi-private room at a local establishment.

Chr-astro currently meets for lunch or dinner at the annual professional conference, with a typical turnout of 25-40 persons. Attendees at smaller specialized astronomy conferences often email the list, asking if any others will be attending and might like to gather for a meal or prayer. The low-volume email list helps members of chr-astro stay in touch as they help each other grapple with issues germane to Christians who teach and research about the universe for a living.

Benefits of a network to scientists and the church

A group such as chr-astro serves to encourage young scientists who are heartened to learn they can find fellowship with professional colleagues and can seek input on scientific or career issues from more senior colleagues of faith. Email discussions include topics such as how to live as a witness in places we find ourselves feeling like misfits within both the church and secular communities. Groups such as chr-astro have spawned books, articles, and Sunday school curriculum from participants who desire to see their faith impact their secular world and their scholarly work impact their faith communities.

A vibrant Christian scholarly society should exist in every academic discipline. Both the church and the academic community need scholars familiar with the book of scripture and the book of nature so that both may be taught widely with the degree of certitude and humility that is appropriate to the evidence. I believe that only in such a community can Christian scholars help faith communities embrace and interpret new discoveries in nature within the received and scriptural tradition of the Church. Only such a community will have the perspective to critique claims made in the name of science.

Finding or starting a network within your field

A professional Christian group may already exist in your field. Ask colleagues and search online. Check InterVarsity’s listing of Christian Professional and Academic Societies (If you know of a group that is not listed or see a correction that needs to be made, please contact InterVarsity here). If not, start one by simply identifying one other believer with whom you can meet and enjoy fellowship and pray at a professional gathering. Pray for insight to identify more Christians in your society. Start an email or social network group with as few as three, using the electronic platform most likely to be used. Establish a steering committee to help set policies for posts/discussion. Focus on unifying Christians of all traditions. Set policies that discourage divisive topics (e.g., evolution, creation, design, etc.; there are plenty of other forums for such discussions!) Start with small goals. Just putting up a sign at a professional conference and gathering faithfully once or twice per year will bring rewards as well as new members. Aim to be inclusive of all Christian traditions without losing the vision of being a distinctly Christian fellowship unafraid to explicitly claim the power of Jesus over all of history and over all of modern scholarship, wherever that may lead.

The wide-ranging benefits of an active network

In small ways I believe that Chr-astro has already had an influential witness within the professional community of astronomers. Young astronomers have been encouraged and counseled. Senior scientists have been encouraged to be bolder in their faith at work and in the church. The larger community of astronomers, including leaders within our professional society, recognizes the existence of a minority voice that is no longer invisible. Response from the professional society has been surprisingly supportive, perhaps acknowledging the important role of faithful scientists in building bridges with the general church-going public who need to understand that science is not a threat to faith. Chr-astro helps me know that I am not alone in my quest to live faithfully even as I seek to faithfully interpret the heavens in ways that bring glory to God. 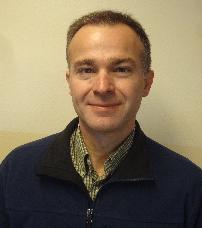 Chip Kobulnicky is a professor of Physics & Astronomy at the University of Wyoming. As an observational astronomer, he studies the chemical compositions of stars and galaxies.