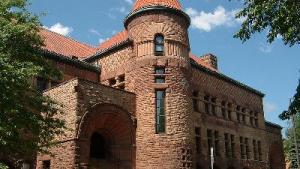 Steve Simmons has long been involved with InterVarsity as a faculty member at the University of Minnesota, and many InterVarsity staff have benefited from his perspectives on mentoring and “treating graduate students humanely.” We have asked him to share his experiences, reflections, and advice with others.

Ten years into my academic career (in 1987), I was encouraged by my Dean to write an article describing my convictions about teaching for an in-house publication. This was before teaching portfolios and statements of teaching philosophy had become more common in universities. After some thought, I wrote a one-page article titled “Teachers Are A Lot Like People.”[1] It considered this question: What must a teacher do to be a “good” teacher?

I came up with a motto that summarized my viewpoint—“BE PREPARED, BE CONCERNED, BE YOURSELF.” This motto encapsulated my philosophy and I trusted it would help bring me into a deeper understanding and practice in my role as a university teacher. The motto still has much to offer me, but I have since added another component—BE GRACE-FULL. As one dedicated to living my Christian faith through my professional endeavors, I have been exploring what it means to bring elements of grace—of unmerited favor—into my teaching, and particularly my role as a mentor of students.

When I think of graduate studies, I especially think of mentoring and its importance for defining a faculty person’s relationship with students. While most faculty regard mentoring as part of their role in graduate teaching, my perspective is that only students can identify the people who have served as their mentors.

K. Patricia Cross has stated, “Mentoring is a slippery concept.”[2] This calls attention to confusions that sometimes accompany mentoring. A mentor is often described as an experienced elder who helps foster a mentee’s education and personal development by serving as a role model, advocate, adviser, listener, visionary, and/or friend. Sharon Daloz Parks describes mentors as dancing “…an intricate two-step, because they practice the art of supporting and challenging more or less simultaneously.”[3] This inherent tension has certainly been evident in many of the mentoring relationships I have experienced with students. It is in this “intricate two-step” dance, I believe, where one’s faith can be most engaged as one simultaneously walks a line between expressing support and challenging students.

I experienced my most significant mentoring relationship as a student even before I entered graduate school. The person who had the greatest influence on my understanding of mentoring was my undergraduate “senior thesis” advisor at Purdue University, Dr. Larry Butler. As a Christian, Dr. Butler demonstrated to me the meaning of grace-full mentoring in a way that has had a profound effect on how I, in turn, relate to my students.

I remember the incident during the fall of 1969 when I recognized the meaning of grace in my education. I was serving at the time as an Air Force Missile Launch Officer in Wyoming. My moment of grace came without fanfare, and to be quite honest, I didn’t appreciate its full significance then. But I have since concluded that, more than any other, this incident helped form my convictions about the role of faith in mentoring.

Most of the details associated with my senior research thesis under Dr. Butler have been lost to me in the 42 years since then. But one conversation with him during that time remains impressed in my memory. As spring semester of my senior year came to an end, I felt pressure to conclude my research project and to write the thesis. I procrastinated and wrote the thesis in a short time period, and as almost an afterthought compared to the effort I had put into the project itself. I still have a copy of that thesis; it consists of six double-spaced pages, three small tables and a graph. The literature review cites only three references. It is an embarrassment to me now.

I don’t recall whether I regarded my thesis as substandard then, but I have no doubt that Dr. Butler considered it so; he told me as much. After he evaluated the paper, we met in his office to discuss it. While disappointed by my writing effort, he made it a point to differentiate between the high quality of the research itself and the poor quality of my written thesis. I am somewhat surprised that Dr. Butler didn’t have me re-write the paper; maybe it was so near the end of the term that he decided to pass it. He signed off on my thesis as fulfilling the department’s requirement, and I graduated on schedule.

I had few other meetings with Dr. Butler before leaving Purdue in June 1968. I knew I had not fulfilled his expectations for me on that project, but there were more pressing questions and issues in my life then as I prepared to enter the Air Force and begin my active duty assignment. I suspended further thought or reflection about that undergraduate thesis experience.

I had little further contact with Dr. Butler in 1968 or during the bulk of 1969, but I vividly remember the dramatic way he re-entered my life in the fall of 1969. I had returned from an alert duty assignment one afternoon and found a small package from him in my mailbox. I assumed it probably contained something that I had forgotten to retrieve from his laboratory. When I opened the package, I found a dozen reprints of an article published in a highly-regarded scientific journal. It took me some moments to comprehend the meaning of those reprints. I recognized the title of the article as essentially the same as my senior thesis. I also saw that the paper contained data from my research work. The article itself, however, bore little resemblance to my thesis; Dr. Butler had re-written it and added results from additional work he had done after I left Purdue. Most significantly, I noted that my name, not his, was listed as senior author. My response to this realization is hard to describe. I felt pride and a sense of fulfillment, but also deeply unworthy. I felt the meaning of grace.

It’s difficult to estimate what that senior-authored publication meant to me during my career. During my subsequent graduate studies and early years on the faculty, it set me apart from many of my peers. I received two significant academic awards during that time, and I have little doubt that this publication helped make those possible. But most importantly, receiving those reprints encouraged me at a time when I had much to doubt about my future professional path—and about myself. Someone once said, “Encouragement is often most needed when it is least deserved.” I think Dr. Butler believed—and lived—that. His unexpected and unmerited affirmation of my earlier thesis research effort invigorated me and helped instill in me the desire and confidence to pursue graduate studies and an academic career. Thanks to Dr. Butler, I realized I could do it.

As a teacher and research advisor during my career, I have served as a mentor for a number of students. I know this because several have told me so. In four such situations, the students completed their research projects but left the university before publishing their work. They took professional positions where refereed journal publishing was not encouraged or readily accomplished. In these cases, I chose to take the lead in writing and publishing each student’s research in a refereed journal. As Dr. Butler did for me, I designated each as senior author of her or his respective articles. For me, these actions are consistent with what it means to BE GRACE-FULL as a mentor, as well as to BE CONCERNED as a teacher. For me, they are also consistent with what it means to express God’s unmerited love to others. After all, students are a lot like people.[4]

4 Some of the ideas in this essay were previously published in: Steve R. Simmons. 2007. “Amazing Grace: A Memoir of Mentoring.” Journal of Natural Resources and Life Sciences Education 36:1-5.

Steve Robert Simmons is Morse-Alumni Distinguished Professor Emeritus at the University of Minnesota. He served for 32 years in the Department of Agronomy and Plant Genetics where he taught and conducted research on topics ranging from plant physiology to agroecology. He continues to serve as a mentor for graduate students and pre-tenured faculty through the university’s Center for Teaching and Learning Services. In his retirement, Steve is writing creative nonfiction and is working on a book of personal essays. He and his wife, Mary Ann, have three adult daughters and a one year-old grandson, all of whom live in Seattle, WA.