We are excited to feature this interview by Hannah Eagleson, Associate Director of ESN, with Andy Walsh, author of Faith across the Multiverse (Hendrickson Publishers, Inc., 2018). Andy serves our Emerging Scholars Network community as a regular contributor with a weekly science column for the ESN Blog.

Hannah: Congratulations on becoming a finalist for The Christian Book Awards! For those who haven’t encountered it yet, could you give us a quick description of your book Faith Across the Multiverse? 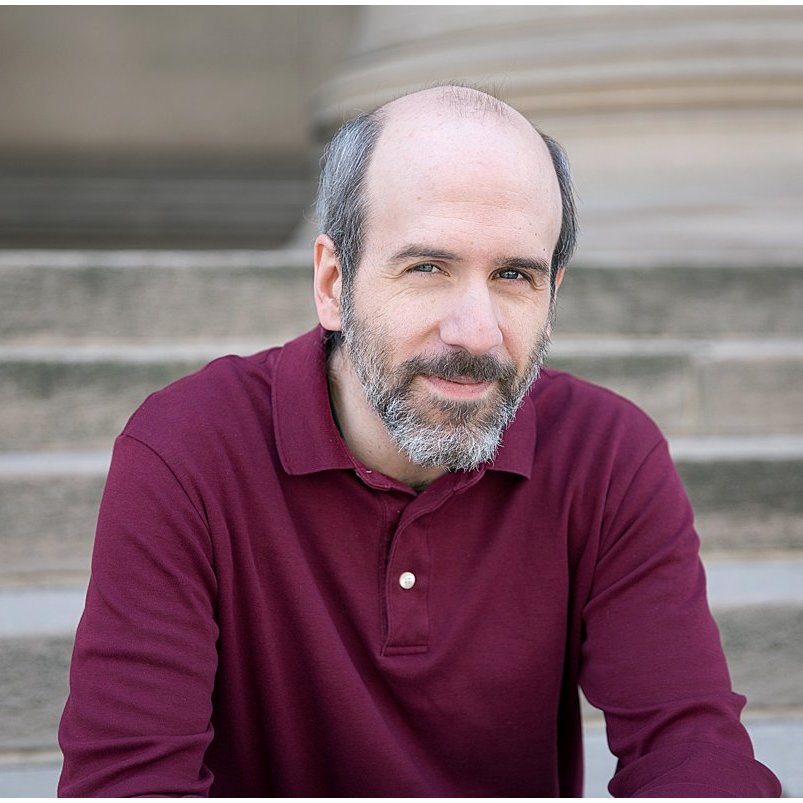 Andy: Thanks! In Faith across the Multiverse, we explore ideas where science, Christian beliefs, and nerdy pop culture intersect. There are plenty of points of overlap, but not all of them are obvious because in those different communities we use very different language. For example, in math we might talk about ‘chaos’ and ‘strange attractors’ while Christians might talk about ‘grace.’ And in Jurassic Park, chaos mathematician Dr. Ian Malcolm insists that “life finds a way.” Faith across the Multiverse then takes a look at the similarities between strange attractors, grace, and life finding a way. That pattern is applied to topics from math, physics, biology & computer science.

Hannah: As you have been presenting book events and engaging online with readers, do you see any common threads in people’s responses to the book? What are some of the most interesting insights or most thoughtful questions readers have brought to the conversation so far?

Andy: I gather that a lot of readers are surprised that the book works at all. A combination of special relativity, theology, and squirrel-based puns is not an obvious sell. My intention was to invite people into communities and conversations that were new to them, and to give them some of the language they would need to be a part of those conversations. So I think that surprise is evidence that something is working, that people are feeling excited and empowered to take part in conversations they previously found intimidating or uninteresting.

Understandably, scientists want to engage with the way that I have described or summarized a particular topic, usually the one they study. That has led to interesting and I hope helpful conversations about how to communicate science to a lay audience. Related to that are questions of the role that metaphors can play in thinking about science. Some scientists are strongly turned off by anything that looks like a metaphor, because there’s always some point of divergence and they are concerned about people getting the wrong impression. And of course the same is true on the theology side, perhaps most famously manifested in concerns that every analogy for the Trinity is in fact an ancient heresy. At the same time, other scientists and theologians find metaphors very helpful as tools for thinking and communicating. The questions and conversations about metaphors that have resulted from the book have helped me to clarify my thinking and to get a better sense of what is fruitful and what isn’t in communicating abstract and technical ideas to nonexperts.

I’ve also been excited to see and hear readers explore their own connections between scientific ideas and their beliefs, beyond the ones I describe in the book. Through radio interviews and in person, I’ve had the opportunity to speak with folks who had never previously talked to or heard from a scientist who is a Christian, or who had rarely thought about how those two identities could fruitfully coexist. Creating opportunities to think and talk about science and about following Jesus in new ways is what I hoped to do for people, so I’m glad when I see that happening.

Andy: Those tasks a very much intertwined in my mind. The faith and science conversation has a rich history and a long tradition, and as recent surveys have shown, many people in the sciences either practice a religious faith or are comfortable accepting that their colleagues do. But there is a much broader set of communities which are adjacent to science or which admire science, and not all of them have a chance to see faithful scientists. The typical scientist in sci-fi and popular culture embodies the idea that God is simply a placeholder for our ignorance about how the world works, and once we understand the mechanisms of creation we no longer need to invoke a creator. My favorite examples are comic book scientists like Henry McCoy of the X-Men, who have direct personal experience with deities and an afterlife and yet maintain a rigid skepticism, even cynicism, about anything that isn’t fundamentally atoms and quarks because that’s what we expect scientists to be like.

And, in fairness to the storytellers, some scientists, including some of the most visible science popularizers, can be that way. Those are the folks who many in the science-adjacent and science-admiring communities take their cues from. Just the other day, Neil deGrasse-Tyson shared this with his Twitter audience: “The Universe is blind to our sorrows and indifferent to our pains. Have a nice day!” That’s a textbook example of the overly reductionist and overly cynical attitude we think scientists are supposed to have and thus incorporate into our fiction. In that particular case, I believe such an attitude is actively harmful, and unnecessarily so because it is not scientifically accurate. Any meaningful definition of “The Universe” includes human beings, and human beings absolutely see the sorrows and empathize with the pains of other human beings.

Messages like his are popular and pervasive because they are easy to comprehend and easy to repeat, even if they are wrong. Even though far fewer people are likely to read Faith across the Multiverse than Neil deGrasse-Tyson’s tweet, I hope to offer those who are excited by and interested in science an alternative way to think about how scientists interact with questions of faith and meaning.

Hannah: You do a lot of work to further public conversations about both science and faith. What advice would you give to grad students/professors/professionals about honing their public voice and finding places to foster good conversations?

Andy: There’s no substitute for practice. Talk to people in your family, your church, your neighborhood about your work-- both what you are studying and how you do it, what your daily activities look like. See if you can give a short talk at the local library or your church or the local high school. Find out what elements get people excited or curious. And if those aren’t the parts that excite you, find a way to connect the two.

Then, ask people to explain your work back to you. You probably can’t ask this of everyone you talk to, but hopefully at least a couple close friends or family members can help you. Don’t correct them as they go, just receive their explanation as feedback of how clearly you communicated. This can work with anything you’ve written about your work as well.

If you are interested in reaching a wider audience, look for magazines or websites or blogs or podcasts with a science focus or section. Find a few where the articles or episodes are similar to your vision of what you want to do-- where the balance of theory and application, of story and data, of questions and answers feels right. Then see if they have any opportunities to contribute, and pitch your idea.

Andy: Just as many superheroes do, Faith across the Multiverse has an origin story in a specific moment of time. During a bible study with a graduate chapter of InterVarsity at Johns Hopkins, I realized that a topic I had learned in a math class (the exponential probability distribution) could answer a question we had about the passage and the likelihood of Jesus’ return in the present day. The book didn’t arrive fully formed in that moment, but the idea of using language and concepts from contemporary science to talk about the Christian faith crystallized for me then. As further examples arose over a decade or so, they eventually took the shape of a book.

I was in that Bible study because of my relationship with InterVarsity that started in 1996 when I was a freshman at Carnegie Mellon. Through that undergraduate chapter I was introduced to a wider world of science & faith conversations than I had previously known. I learned practical skills like small group leadership. And I developed relationships that allowed me to talk to a variety of people from many disciplines about the different things that excite us.

InterVarsity has also provided me the opportunity to write for the Emerging Scholars Network blog about science, faith… and occasionally nerdy pop culture too. Writing more than 250 posts over six and a half years gave me plenty of chances to grow as a writer, to engage new people in conversation, and to develop the discipline needed to write regularly. In that spirit, if anyone is looking for opportunities to hone their public voice, I’m happy to feature guest contributors on the blog. You can also join the conversation every Wednesday at the Science Corner, my weekly blog posts for ESN.

Hannah: Is there anything else would you like to say to our readers?

Andy: I’d like to thank everyone who has supported my writing for InterVarsity over the years and everyone who has checked out Faith across the Multiverse. If you are interested, the first chapter is available as an excerpt here. And I’d encourage folks to think about how to invite new people into the communities and conversations you are a part of, and how to make it easier for them to participate.

Hannah Eagleson is a writer/editor on staff with InterVarsity’s Emerging Scholars Network (ESN). In 2014-2015 she gave significant attention to the launch of Scholar's Compass: a devotional for academics, by academics (Emerging Scholars Network Blog). Hannah also crafts other community-building events and materials for ESN. She holds a PhD in English literature, and she’s working on a novel about a dragon who gave up fending off knights to become a tea importer in eighteenth-century England.