How Can Academia Serve the Church? 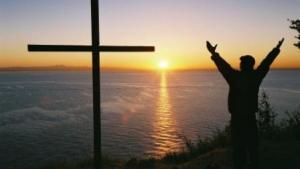 As I sat in Ruth and Calvin DeWitt’s quiet dining room overlooking the picturesque landscape of their vivid marsh, it seemed odd to begin a discussion about the church and academia and not about the birch tree shading their front window. As if reading my mind and true to Cal’s character, our discussion on how academia can serve the church began with his excitement and love for God’s creation.

Cal was born into the Reformed tradition and, by happy consequence, was born into the belief that “[w]e know God by two means: First, by the creation….[and] [s]econd…by his holy and divine Word” [1]. Cal’s childhood church community saw faith, creation, and vocation as part of an integrated whole. As Cal joyfully reminded me, “All of life is praise.” While Cal has used his passion for both the church and creation in a myriad of ways, he is known in the Christian Reformed Church (CRC) as the wetland ecology professor who chaired the denomination’s Creation Stewardship Task Force on climate change policy.

Cal’s lifelong work has often involved mending the divide between “the churched” and creation care. Within the denomination itself, there were, and still are, varied opinions on climate change and the extent of human responsibility. To well represent these varying opinions, the Creation Stewardship Task Force included a diverse group of Christians including an environmental scientist from Sri Lanka and a geology professor who formally worked for ARCO, a petrol company[2]. Conversations involving varying opinions, as well as commonalities, proved fruitful in the end as a unified policy formed using each person’s expertise. In their report, the task force used scientific evidence along with Biblical passages and church history to support their stance on the realities of climate change and our role as humans in stewarding creation. As the report from the Creation Stewardship Task Force states, “…we observe that the CRC has a long history of making significant intellectual, theological, and spiritual contributions toward environmentally responsible living.”[3] The task force could not separate academic expertise from Scripture. Indeed, it was difficult to separate science and religion and the “intellectual” from the “theological” in the report as a whole. Cal, as chair of the task force, was able to use his own academic standing, environmental knowledge, and personal passion for these issues to help guide the task force towards this comprehensive and unified report.

Beyond Cal’s work for the CRC, he has also served as the first Executive Director of the Au Sable Institute, an organization that offers God-centered academic environmental programs for people of varying ages. He’s also met with countless professors, world leaders, and congregations to help mend the torn bond between the scientific study of the environment and the church’s role in creation stewardship.

Towards the end of our time together, I couldn’t help but wonder how faculty, who may never chair a denominational task force or create church policy, can use their academic expertise to serve the church. The answer, of course, is up to the individual. But Cal had this thought-provoking question to add “Now that you are so richly served by God through the church, through creation, and through your gifts, how are you going to give back?”

All of life is praise, indeed.

Photo credits: Nature at the Cross by Tom Grosh and Classroom Photo by Matt Kirk

Dr. Calvin DeWitt is a Professor Emeritus  of Environmental Studies at the University of Wisconsin- Madison. His areas of expertise include wetland ecology and bringing together faith based communities over environmental issues.  He and his wife currently live on their much-beloved marsh in Dunn, Wisconsin.