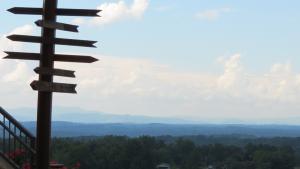 “The Book of Acts is filled with stories of the people of God surprised by the Holy Spirit. Why should it be any different for us?”

These words come from Bishop Graham Cray of the United Kingdom's Fresh Expressions church planting movement, at a lecture delivered in 2015 at Pittsburgh Theological Seminary. They resonate strongly with me. For a long time the stories of Acts felt like a different world than the one I lived in. I’d never seen tongues of fire come down from heaven on a Sunday morning, nor have I baptized 3,000 in response to one of my sermons. I hadn’t had any visions like Peter or Paul. My prayers and praise never knocked down jail walls. And I feared that if I ever were to say to a lame beggar, “In the name of Jesus Christ of Nazareth, walk,” the beggar and I would both be disappointed in the outcome.

But then I started doing cross-cultural evangelism.

In my work on campus, I began several years ago working with Christian students, hosting a Bible study for non-Christian international students. Most of the non-Christians were from China.

I remember one particular occasion in which I was leading the group in a Bible study on a passage from the gospels. I invited the students to close their eyes and imagine themselves in the story as I read it. I then asked them which character in the gospel story they identified with. Some saw themselves as one of the disciples. Others, Pharisees. Others, as one of the lame being healed by Jesus. But one Chinese student, whom I’ll call “Jerry” to protect his anonymity, had a surprising answer.

“I couldn’t see the story,” Jerry said. “Instead, I saw myself in an art museum. As you read the story, I walked through the museum and saw paintings depicting what you were reading. The paintings were beautiful. But they weren’t real.”

I felt tempted toward cynicism. “Why would he picture himself in a museum? Why couldn’t he just follow the instructions and place himself in the story?  This totally messes up my lesson plan!”

Instead, though, I felt a nudge to ask some questions. Maybe this really was from God. “Jerry,” I asked, “do you think these stories in the Bible really happened? Or do think they’re just beautiful stories?”

“I do think the stories are beautiful. But I’m not sure if they’re real,” he replied.

I paused, and then asked, “Jerry, were the people in the paintings you saw Chinese like you, or were they another ethnicity?”

“They were White,” Jerry said.

This led to a rich, deep, and brutally honest conversation about the relationship between Christianity and American culture. Jerry, and several of his Chinese friends in the room, confessed that they couldn’t figure out how to be Christian and still be Chinese.

After praying a very quick, silent prayer for God’s direction, I said, “Jerry, I think God gave you that vision. I’m going to pray that God would give you a second vision where the people in the paintings are Chinese, and that they come to life and become real for you.”

Suddenly, Jerry’s vision felt like the Book of Acts, and a fulfillment of Joel’s prophecy of the Spirit’s coming. This young man was seeing visions, and it was bringing to the surface his most significant barrier to the gospel.

That night was one of many studying the Scriptures with international students that didn’t go as planned. It’s the times that don’t go as planned that are the most memorable, because they’re the moments when the Spirit seems to work the most powerfully.

Bishop Cray was right. Why should it be any different for us?

Previously published in the Alumni magazine of Pittsburgh Theological Seminary.

Formerly InterVarsity's Director of International Graduate & Faculty Ministries, Rev. Michael Gehrling is now serving as the Northeast Region Associate for the 1001 New Worshiping Communities initiative of the Presbyterian Church (U.S.A.). In his role, Micheal is helping new communities get started and casting vision for opportunities the church has to reach the unchurched of the Northeast, especially international or immigrant populations. He received his BA from Grove City College, and his MDiv from Pittsburgh Theological Seminary. Michael is single, and is a proud son, brother, uncle, godfather, and friend.