Advice to Those Who Would Be Christian Scholars 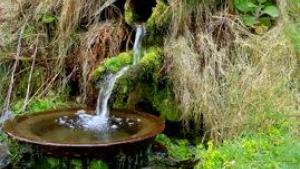 Nicholas Wolterstorff, Noah Porter Professor of Philosophical Theology Emeritus, Yale University, has been one of the leading voices in Christian philosophy for decades. In October 2009, he spoke at the Veritas Forum at the University of Tennessee, presenting a talk entitled The Role of God in Social Justice and in conversation with David Reidy on the question Good Without God? The Problem of Justice and Human Rights. While he was there, Dr. Wolterstorff spoke to Christian graduate students, and he has graciously allowed us to publish his remarks here.

To read the full article here, please click on each of the five questions for the drop-down answer.

1. What advice can I give to you whose sights are set on becoming Christian scholars?

My first piece of advice is that you get clear on what you understand by the project of being a Christian scholar. When I travel around and talk to Christians in colleges and universities, and when I read what Christians say about the contemporary university, I over and over come up against one or another of the following three attitudes.

Some assume that what goes on in the contemporary university is pretty much OK as it is, and they look for ways of supplementing that with some distinctly Christian thought and activity. Sometimes this supplementation takes the form of Christian organizations, housed in the region of the university, inviting students to weekly Bible study, to Sunday worship services, to twice-a-year camp-outs, etc. Sometimes it takes the form of Christian scholars adding theology to what goes on in the university, adding biblical scholarship, adding philosophical reflections on the epistemology of religious belief, etc. This additive or supplemental approach was in fact the basic strategy of most Christian colleges in the U.S. until around thirty years ago.

Second, some of those who believe that what goes on in the contemporary university is pretty much OK as it is reject the additive approach because they find tension between Christianity as they understand it, and what goes on in the university; so they propose revising Christianity until the tension disappears. Often this takes the form of what I call a “band wagon approach.” Some development takes place in one or another of the disciplines, and shortly articles appear arguing that one can be a Christian and accept this new development. Post-modernism appeared, and soon a spate of articles turned up arguing in favor of the compatibility of Christianity and post-modernism. In my own field, John Rawls became popular in political philosophy, and shortly a spate of articles appeared arguing in favor of the compatibility of Christianity and Rawlsianism. Evolutionary psychology turns up, and shortly a spate of articles appears arguing for the compatibility of Christianity and evolutionary psychology. Of course, developments come and go in the disciplines; so the person who adopts a bandwagon approach must be ready to leap off his currently favored bandwagon and onto some new one that comes along. You may assume that it is especially liberal Christians who are ever willing to revise their understanding of Christianity in order to make it compatible with the latest fad in academia; but I find evangelicals often doing the same thing. Let me not conceal the fact that I find this approach disgusting and demeaning; I want to say: Think for yourself!

And third, there are those Christians, usually outside the university, who are content to lob grenades at the contemporary university: preachers, free-lance writers, and the like. The university, they say, is godless, aggressively secular, reductionist, relativist, liberal, post-modern, captive to political correctness – you name it.

3. So how do I think of the overall project of being a Christian scholar?

I think of the various academic disciplines very differently. I think of them as social practices, some, like philosophy, with a long ancestry, some, like molecular biology, of recent origin. And I think of these practices as constantly changing due to all sorts of developments both inside and outside the discipline. I hold, thus, that natural science does not have an essence, nor does philosophy. What they have instead is traditions that are constantly changing, sometimes slowly, sometimes abruptly.

I mentioned that many different things contribute to those social practices which are the academic disciplines taking the form they do take – new technological developments, for example. Among the most important things shaping the academic disciplines are worldviews. I think the Christian scholar will be especially attentive to those worldviews, and will be especially alert to those points where the discipline-shaping worldview conflicts with the worldview embedded in Christianity.

Well, for one thing, the Christian voice will be a voice of charity; it will honor all human beings, as Peter puts it in his letter in the New Testament. It will never be abusive. But there is also a more subtle matter to be raised here. The voice with which one speaks must be a voice such that one can be heard – a voice such that one genuinely participates in the dialogue of the discipline. Every now and then, when teaching at Yale, I would have a student who did not know how to speak in the voice appropriate to philosophy; invariably this was an evangelical. Evangelicals often interpret the response they get as hostility to evangelicalism, or hostility to Christianity. Sometimes it is that; but not always. Sometimes it is just that the person has not learned to speak in the appropriate voice.

Let me throw out some suggestions, and then open it up for questions.

First, be patient. The Christian scholar may feel in his bones that some part of his discipline rubs against the grain of his Christian conviction, but for years, and even decades, he may not be able to identify precisely the point of conflict; or, if he has identified it, he may not know for years or decades how to work out an alternative. Once he does spy the outlines of an alternative, the Christian scholar has to look for the points on which, as it were, he can pry, those points where he can get his partners in the discipline to say, “Hmm, you have a point there; I’m going to have to go home and think about that.” He doesn’t just preach. He engages in a dialogue – or tries to do so. And that presupposes, once again, that he has found a voice.

Third, to be able to think with a Christian mind about the issues in your discipline, you have to have a Christian mind. As I see it, three things are necessary for the acquisition of such a mind. First, you have to be well acquainted with Scripture – not little tidbits, not golden nuggets, but the pattern of biblical thought. Let me add here: beware of the currently popular fad of reducing acquaintance with scripture to worldview summaries. Second, you need some knowledge of the Christian theological tradition. And third, you have to become acquainted with the riches of the Christian intellectual tradition generally, especially those parts of it that pertain to your own field. Too often American Christians operate on the assumption that we in our day are beginning anew, or on the assumption that nothing important has preceded us. You and I are the inheritors of an enormously rich tradition of Christian reflection on politics, on economics, on psychology, an enormously rich tradition of art, of music, of poetry, of architecture – on and on it goes. We impoverish ourselves if we ignore this. Part of our responsibility as Christian scholars is to keep those traditions alive.

Nicholas Wolterstorff, shared these words at Veritas, October 9, 2009 at the University of Tennessee. He received his BA from Calvin College in 1953 and his PhD in philosophy from Harvard University in 1956. Before taking the position of Noah Porter Professor of Philosophical Theology, he taught for thirty years at his alma mater, Calvin College.

Note: Also posted at on the Emerging Scholars Network Blog.