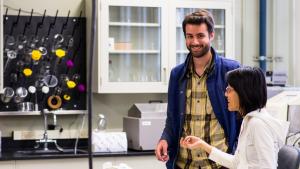 Serious Christian faith necessitates engaged Christian community. To be united by faith with the Lord Jesus Christ entails our union with one another. There is no concept or place in Scripture for a self-isolated disciple, living an individualized faith. Primarily and foundationally our life in Christian community is found in local congregations, which include a wide diversity of Christians, men and women, young and old, from various cultures and many walks of life. All Christians should be regularly involved in the life and service and witness of a particular congregation.

The writers of both the Old and New Testament mostly assume that this is obvious and proceed to instruct us in the most faithful and fruitful ways for us to be involved. American society and culture, including academic culture, are reflexively individualistic. Alas, evangelical Christian culture has picked up this individualism. We think of our churches as voluntary associations and involvement in our churches as something tacked onto our faith and mission as a support network. In our culture Biblically faithful “community” is, therefore, no easy thing. Of course, it never has been. It is a perennial concern and its pursuit is worth every ounce of faith and obedience we are able to muster. Nothing I will say here is intended to question or undercut the foundational reality or place of local congregations for serious Christian faith. Every Christian faculty member ought to be a committed and faithful member of a local congregation.

My focus in this essay, however, is more restricted in a couple of important ways. I am interested in the limited and privileged circle of women and men who are called by the Lord to be faculty members and who work in the secularized culture of the contemporary academy. I am making a claim that is centered in our particular opportunities for mission and the outworking of our particular vocations as Christian faculty outside of the circle and culture of the local congregation and within the spiritually challenging and sometimes hostile culture of the contemporary academy. It will be my contention that without the spiritual support, stimulation, and challenge of a group of like-minded and understanding sisters and brothers in the faith we will not fulfill our calling, either to mission in the campus or to our particular vocation as faculty members in scholarship, teaching, service, and mentoring. 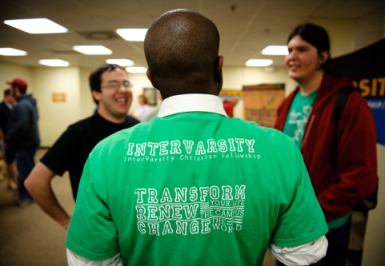 Further, I do not intend to limit “community” to a large or formal organization. Often the faculty communities we envision will be small, informal, and ad hoc. What will be true of these communities, whatever their size, is that they have a committed core of members who are focused on some particular, agreed upon mission within the academy. Personal support and encouragement would certainly be part of their agenda. We would anticipate that through its relationships such a community would seek involvement in Christian witness, in the service of justice, and in a deeper understanding and practice of the vocation in academic life.

Perhaps the most widely known and admired faculty community of this sort was The Inklings, the circle of academics and writers gathered around C. S. Lewis and J. R. R. Tolkien at Oxford in the mid twentieth century. These men (with the occasional addition of Dorothy Sayers) encouraged, advocated for, criticized, and enjoyed the company of one another for nearly two decades. The Inklings spurred one another to love and good works, mostly as writers and public intellectuals, and out of this fellowship came writings that continue to influence us to this day. (For an insightful account of the Inklings as a writers group, see Diana Pavlac Glyer; The Company They Keep) What Christian faculty would not desire a place around the fireplace in this sort of faculty “community?” As Psalm 133 observes and instructs, “For there the LORD has commanded his blessing, even life forevermore.”

A Biblical Framework for Faculty Communities

One fruitful way to think about faculty communities is to reflect carefully on the model of mission in Jeremiah’s letter to the exiles in Babylon. This letter is echoed and amplified especially by the NT letter of I Peter and in the writings of several of the Church Fathers. The condition of “exile” places God’s people outside of a social context controlled by their faith and practices. They live as a minority of conscience. They are not supported spiritually by the social assumptions or practices of the cultures in which they live. They are “strangers and pilgrims” living in a “foreign” environment, but still seeking to be a community that gives glory to the LORD in all things. The conditions of our exile as Christian faculty are not harsh. Certainly we are not candidates for martyrdom. But we too are a cognitive minority, a minority of conscience that seeks to live for the glory of our Lord in a place that has trouble accepting or even understanding such a way of life.

These three texts, echoing and riffing on one another from widely separated times and places, give expression to this calling:

Thus says the LORD of hosts, the God of Israel, to all the exiles whom I have sent to Babylon: “Build houses and live in them; plant gardens and eat their produce; … multiply there, and do not decrease. But seek the welfare of the city where I have sent you into exile, and pray to the LORD on its behalf, for in its welfare you will find your welfare.” For thus says thus says the LORD of hosts, the God of Israel: “Do not let your prophets and your diviners who are among you deceive you, and do not listen to the dreams that the dream, for it is a lie that they are prophesying to you in my name. I did not send them,” declares the LORD. Jeremiah 29: 4-9

But you are a chosen race, a royal priesthood, a holy nation, a people for his own possession, that you may proclaim the excellences of him who called you out of darkness into his marvelous light. Once you were not a people, but now you are God’s people; once you had not received mercy, but you have received mercy. Beloved, I urge you as sojourners and exiles to abstain from the passions of the flesh, which wage war against your soul. Live such honorable lives among the Gentiles, so that when they speak against you as evildoers, they may see your good deeds and glorify God on the day when he visits us. I Peter 2: 9-12

For the Christians are distinguished from other men neither by country, nor language, nor the customs which they observe. For they neither inhabit cities of their own, nor employ a peculiar form of speech, nor lead a life which is marked out by any singularity. The course of conduct which they follow has not been devised by any speculation or deliberation of inquisitive men; nor do they, like some, proclaim themselves the advocates of any merely human doctrines. But, inhabiting Greek as well as barbarian cities, according as the lot of each of them has determined, and following the customs of the natives in respect to clothing, food, and the rest of their ordinary conduct, they display to us their wonderful and confessedly striking method of life. They dwell in their own countries, but simply as sojourners. As citizens, they share in all things with others, and yet endure all things as if foreigners. Every foreign land is to them as their native country, and every land of their birth as a land of strangers. They marry, as do all [others]; they beget children; but they do not destroy their offspring. They have a common table, but not a common bed. They are in the flesh, but they do not live after the flesh. They pass their days on earth, but they are citizens of heaven. They obey the prescribed laws, and at the same time surpass the laws by their lives. They love all men, and are persecuted by all. They are unknown and condemned; they are put to death, and restored to life. They are poor, yet make many rich; they are in lack of all things, and yet abound in all; they are dishonored, and yet in their very dishonor are glorified. They are evil spoken of, and yet are justified; they are reviled, and bless; they are insulted, and repay the insult with honor; they do good, yet are punished as evil-doers. When punished, they rejoice as if quickened into life; they are assailed by the Jews as foreigners, and are persecuted by the Greeks; yet those who hate them are unable to assign any reason for their hatred. Letter to Digonetus v.

A Practical Model and a Promise

Jeremiah’s letter gives us in a brief compass the most important categories for defining the shape of such a Christian community. It gives us a fourfold model of our calling as Christian faculty:

In this context of the struggle of a minority community set to serve her God, the LORD makes one of his most important and familiar promises:

“For I know the plans that I have for you,” declares the LORD, “plans to prosper you and not to harm you, plans to give you hope and a future. Then you call upon me and come and pray to me, and I will listen to you. You will seek me and find me when you seek me with all your heart.” (v.11-13)

When we hear this familiar promise, we individualistic, modern Westerners characteristically hear it as addressed directly and primarily to ourselves. Notice, however, that “you” here is not singular but plural. “You” primarily addresses the community of exiles, seeking to live faithfully to the LORD even under the hardships of their exile. The individual application of the promises addresses us as faithful members of this community in our distinctive and individual circumstances. Our prosperity, our “hope and future” are bound up with the LORD’s blessing on his community.

Similarly, the imperatives that frame our mission to the wider academic community are also primarily addressed to a community. A rich realization of this mission requires more in ability and opportunity and spiritual giftedness than any single member can offer. All are gifted to make some contribution, but no one except the LORD has the necessary gifts and power to fulfill this wonderful vision.

As a faculty member consider, for instance, the command to seek the peace of the university or college where we are employed. Initially we might suggest that we should offer an excellent performance of our duties as scholars, teachers, colleagues, and mentors. This will be the means by which we seek the peace of the university. And what a great privilege and joy it can be to offer our gifts to others within our particular areas of responsibility.

Thomas Trevethan is one of InterVarsity’s most gifted Bible expositors. He has also authored the books The Beauty of God’s Holiness (InterVarsity Press) and Our Joyful Confidence: The Lordship of Jesus in Colossians (DILL Press). Tom holds an MA from Trinity Evangelical Divinity School. He and his wife Barb live in Ann Arbor where we are sure he continues to affect all he encounters as he enjoys retirement from InterVarsity after many years as the staff worker for the University of Michigan.