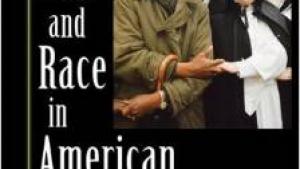 Mark Noll is one of the leading historians of American religion, with special expertise in the history of evangelical Protestantism. God and Race in American Politics is the latest in a string of acclaimed publications that includes The Scandal of the Evangelical Mind, Is the Reformation Over: An Evangelical Assessment of Contemporary Roman Catholicism, and America’s God: From Jonathan Edwards to Abraham Lincoln, which won the Historical Society’s Eugene Genovese Best Book in American History Prize for 2004. Noll is currently the Francis A. McAnaney Professor of History at the University of Notre Dame, having spent his early career at Wheaton College.

Noll’s thesis in God and Race is powerful and thought-provoking. The racial conflict between whites and blacks, when laden with the ultimate values supplied by deeply held Christian convictions, has been the most dominant and consistent influence on American politics since the American Revolution. “Together,” Noll writes, “race and religion make up, not only the nation’s deepest and most enduring moral problem, but also its broadest and most enduring political influence” (1). Even when racial or religious issues were seemingly latent, concealed beneath the flow of more prominent developments, they significantly affected the political decisions of elected officials, parties, and voters. And when the two rose to public prominence, particularly during the antebellum years and the civil rights movement, their role in domestic politics was especially strong and far-reaching.

God and Race is a work of synthesis, pulling together a large body of scholarship as well as Noll’s own research in 19 th and 20 th century religious history. Noll calls the book “more like a cartoon than a real history” (3), but perhaps “essay” is the right term. It articulates with broad strokes the outlines of a complex topic, pulling together earlier work and suggesting areas of future research. As an essay, Noll’s work has the strengths and limitations common to that genre: beautifully sketched, bold ideas, supported with forays into the detail, along with emphases, time periods, and questions that await more sustained attention.

Summary of the Book

God and Race begins with the two generations before the Civil War. The Founders, Noll argues, placed too much hope in the willingness of the people to resolve the problem of slavery, avoid religious conflict, and embrace rational religion. As a result, when slavery developed rapidly at the same time that a socially active Christian faith took hold, Americans found themselves with a deadly combination. “Even as from 1830 onward slavery slowly divided the nation, religion transformed division over slavery into a matter of ultimate concern” (38). The resulting Civil War was at the same time a war to define the Union, a war over slavery, and a war over biblical interpretation and public morality. At the center, was the question of slavery, elevated to a matter of deep religious significance, even ultimate concern, and pulling all political commitments into its orbit.

Noll’s second major time period runs from the Civil War through World War II. Efforts to interpret the Scripture to justify or attack slavery before and during the Civil War rarely approached the issue of race. Thus, after the Civil War and after the moral assaults on slavery had been expended, no significant progress had been made to change ideas about race. White Southerners needed only a couple of decades to reassert white supremacy with a combination of lynching, intimidation, and Jim Crow laws. Evangelical religion lost the prominence it had during the Civil War and even those who were prominent white religious leaders in the pre-war quest for abolition (like Harriet Beecher Stowe) capitulated and supported white supremacy. The result was relative quiet — functional silence, really — on the question of black civil rights.

These years, though, created an opportunity for African-Americans. In the space created by Jim Crow and strict racial separation, blacks developed Christian churches and other institutions that served as a focal point for worship, learning, social gathering, and organization. This was a momentous shift that, although latent at first, became a powerful source of motivation and unity once the civil rights movement emerged after World War II. In short, the post-Civil War years lay the religious foundation for the civil rights movement.

Importantly, the national government was also quiet on the topic of race and religion during these years. Southern redemption meant that local autonomy and white supremacy won out over federal dominance and the experiment in equal rights. Noll summarizes: “racist convictions successfully dictated national actions … [and] preempted a general debate on whether and how national government power should be used.” (94). The 14 th and 15 th amendments lost all practical application, and the South became a one-party region, with regional and national consequences. In short, the post-war combination of race and religion — with white Christians supporting white supremacy and black Christians developing local institutions — became a powerful influence on national politics.

Noll’s third major period of analysis is the era of the civil rights movement. At the heart of the changes brought by civil rights was the concerted action of African-American Christians supported by the national government. Black religious institutions were particularly purposeful and organized, with theologically educated, sophisticated leaders strongly supported by followers deeply committed to a precritical biblical authority and the prophetic power of the Word. On the other hand, white religious leadership accepted, did not oppose, or supported civil rights. The primary opposition to civil rights was populist, unsupported by most religious leadership, and thereby limited in scope and violence, especially compared to post-Civil War redemption. Other factors contributed, as Noll observes, but the combination of race and religion was at the center.

Noll then moves beyond the limits of the civil rights movement itself, to explore the effects of the movement on political history. The ripple effect was profound and has a few major components. First, the civil rights movement inspired other movements (women’s rights, for example), and served as a model for how a successful reform campaign can be conducted. Second, the civil rights movement raised opposition to the invasion of centralized power. This included not only the massive resistance to school integration, but also issues with apparently little connection to race: immigration reform, environmentalism, aid to the poor, the teaching of evolution, federal attacks on the family and marriage, Catholic parochial schools, and more. The civil rights movement opened the floodgates of federal intervention in a way never imagined by Progressives or New Dealers, and one result was greatly heightened and anxious backlash by those (especially white evangelicals) who opposed federal meddling in what traditionally had been local affairs. Third, once legal segregation was overthrown and racist public rhetoric was fading, Southern evangelical piety was much more welcome in other parts of the country, as seen in leaders such as Billy Graham, Pat Robertson, Bill Bright, Jimmy Carter, and others. Fourth, Catholic voters shifted from being mostly Democrat, to being evenly split between the two parties. With the heightened federal activity, Catholics were torn; they tended to support government intervention in voting rights, equal employment opportunity, and similar reforms, but they strongly opposed federal intervention into Catholic neighborhoods, parish schools, and Catholic social services. Again, the issue was only indirectly related to race, but once the central government started to intervene on civil rights, the disruption of long-nurtured Catholic communities generated political change. Finally, after the civil rights movement, the South was freed from one-party rule for the first time since the Civil War, and joined the rest of the country in a two-party system. Republican candidates who advocated “personal responsibility, traditional values, and Judeo-Christian morality” (172) developed a strong base in the South over the next generation.

The author ends with a “Theological Conclusion.” After a brief summary — the Civil War forced a solution to the problem of religion and slavery, but the first successful efforts to address the problem of religion and race began only after World War II — Noll goes on to speak of the foundational dilemma. Any historical interpretation must take into account the polarization of this history. On the one hand, American politics is exemplary, efficient, ideologically powerful, and moral. Similarly, Christianity has been a prominent force for great good in this country. On the other hand, neither has been able to overcome racism, and in fact both have contributed to racism, oppression, and greed. How to account for both the great goodness and the persistence of evil? Any historical interpretation, Noll argues, must be able to hold these together in “one cohesive vision” (181). Noll closes with his perspective and testimony together: “Historic Christian faith offers such a standpoint” (181).

Noll’s essay is well conceived, impressively researched, balanced in detail and theme, and clearly and gently written. I can easily see this book being used in classes devoted to American history, American religious history, black history, political science, and other topics. This would be an excellent book for student groups to read and discuss. I can imagine a university administration or a church committed to racial reconciliation offering this book for campus or congregational dialogue. The book engages a complex topic with clarity, is compellingly written and brief; it does not attack (or apologize) and does not claim to have the final word — in short, it is ideal for classroom or campus dialogue. In the effort to grasp the depth and complexity of the interweaving of race, religion, and politics, this book is an excellent place to begin.

A book like this always suggests ideas and questions — let me offer a few.

We might multiply this brief list. In choosing his limits, Noll also made the book provocative, encouraging reflection and inquiry. And, indeed, provoking reflection, inquiry, and discussion might be one of the great virtues of a book on topics that have been so contentious. “Race in connection with religion has decisively shaped the nation’s political history” (175), concludes the author, and one suspects it will continue to do so. Surely history achieves its greatest utility when it reveals to us something of who we are and who we might become. Noll’s work has the potential to contribute at least a measure of reconciliation to people long estranged, as readers think about, discuss, and process who we have been, with an eye on who we might become.