Teach us to number our days: Reconciling the finite with the infinite

How can the infinite inform our finite lives?  Being established in the academy requires an often obsessive focus on making a name for ourselves. This can absorb our lives and leave us worn out, anxious and empty.  The scriptures charge us to number our days and exercise a kind of wisdom informed by our finitude, leading to a fuller experience of life and purpose as we depend on the One who will “establish the work of our hands”(Ps. 90).
Join with Christian faculty from around the region as Columbia Physician and Ethicist, Dr. Lydia Dugdale and Yale Architect Dr. Kyle Dugdale help us reconsider death with the wisdom from the scriptures that can transform how we live each day, particularly in our calling as faculty to love our university. 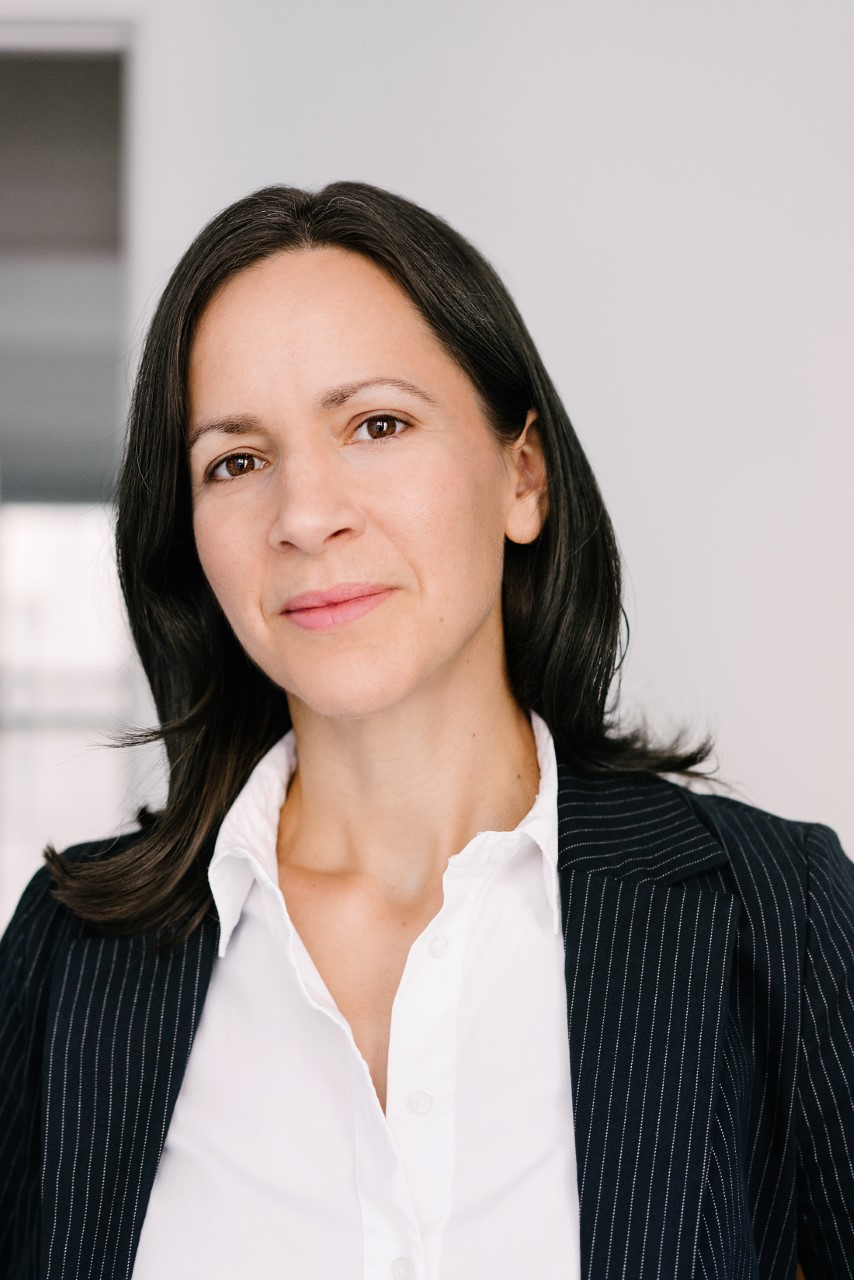 Lydia Dugdale MD, MAR (ethics), is associate professor of medicine and director of the Center for Clinical Medical Ethics at Columbia University. Prior to her 2019 move to Columbia, she was associate director of the Program for Biomedical Ethics and founding co-director of the Program for Medicine, Spirituality, and Religion at Yale School of Medicine. She is an internal medicine primary care doctor and medical ethicist. She is in the process of publishing The Lost Art of Dying (HarperOne, July 2020), and published its theoretical grounding in an earlier edited volume, Dying in the Twenty-First Century (MIT Press, 2015).
Kyle Dugdale 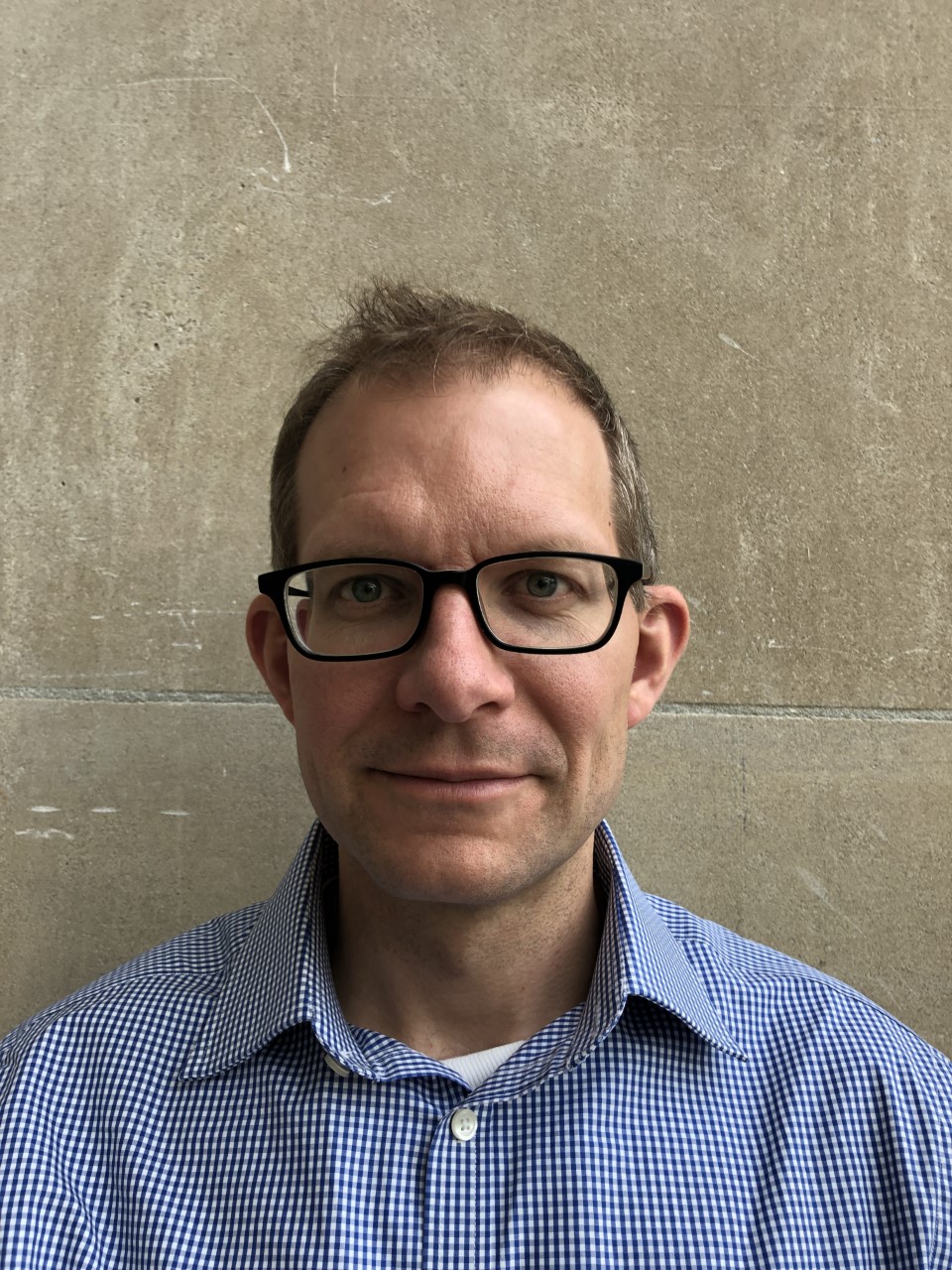 Kyle Dugdale is an architect, historian, and theorist. He holds degrees from Oxford, Harvard, and Yale, where he was awarded the Field Prize for his dissertation “Architecture After the Death of God.” He teaches architectural history, theory, and design at Columbia and at Yale. His first book, Babel’s Present, was published in 2016. He maintains a special interest in architecture’s claims to metaphysical significance, with a particular curiosity for architecture as a recurring figure in biblical narratives. He works on the Tower of Babel—particularly its appropriations in the years leading up to World War II—and, more broadly, on architectural monuments as markers of identity, aspiration, and belief. 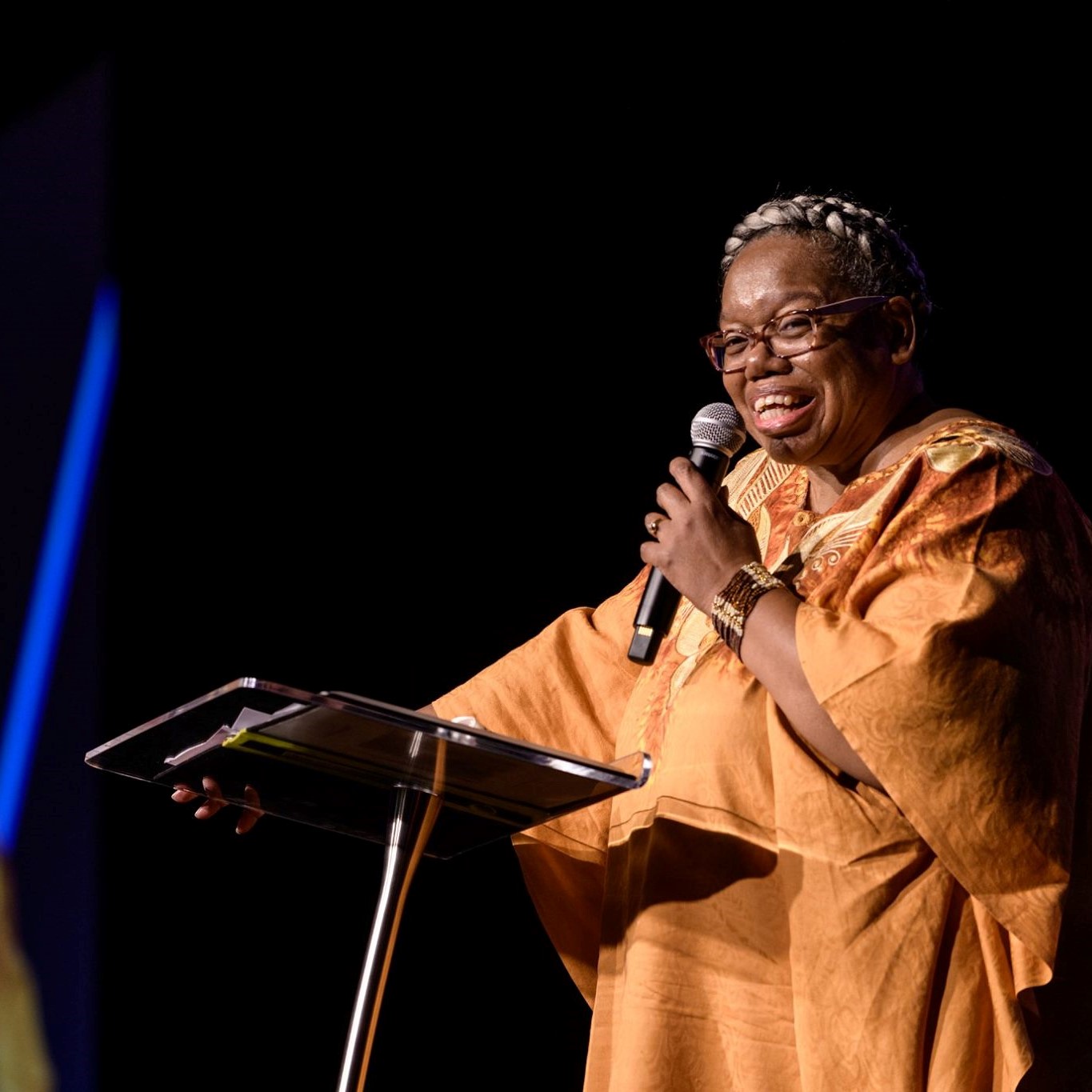 Alice R. Brown-Collins, Ph.D., ordained Minister, left the university world as a professor to become a campus missionary. Presently, she is the Asst. Director, National Intercessory Prayer, InterVarsity. In the past she has been Associate Regional Director of Graduate and Faculty Ministries (GFM), Northeast and area director, Black Scholars and Professionals (BSAP) as well as director for Black Campus Ministry, InterVarsity, New England, undergraduates. In addition, she is co-pastor at New Hope Christian Ministries, with her husband, Rev. Boris Collins. She has been coordinator of the prayer warriors and women’s ministries; a member of the missions board; and a teacher for the discipleship classes.

Dr. Brown-Collins has a Ph.D. from the University of Colorado, Boulder. As a social psychologist, she is a lecturer and teacher, conducting numerous seminars and workshops on families, married couples, evangelism and missions, discipleship, college ministries, multiethnicity, race relations, and women as well as being a participant in the Veritas Forum at the University of Colorado, Boulder. She has held positions as assistant professor at Brown University (Black Studies) and Wellesley College (Africana Studies), as well as adjunct professorships at Brandeis University and the University of Rhode Island, Kingston. In addition, she has missions experience in Ghana; Guyana, South America; Kenya and Australia. For over 25 years, the Collins family has feed, sheltered and mentored college students as well as homeless adults.

Rev. Dr. Brown-Collins loves the Lord and loves to pray! She is the spouse of Rev. Boris E. Collins and they have two children; Jamal, 40 years old and Kateri, 31 years old and a daughter-in-law, Marisha, as well as two grandsons, Jake and Shamar. 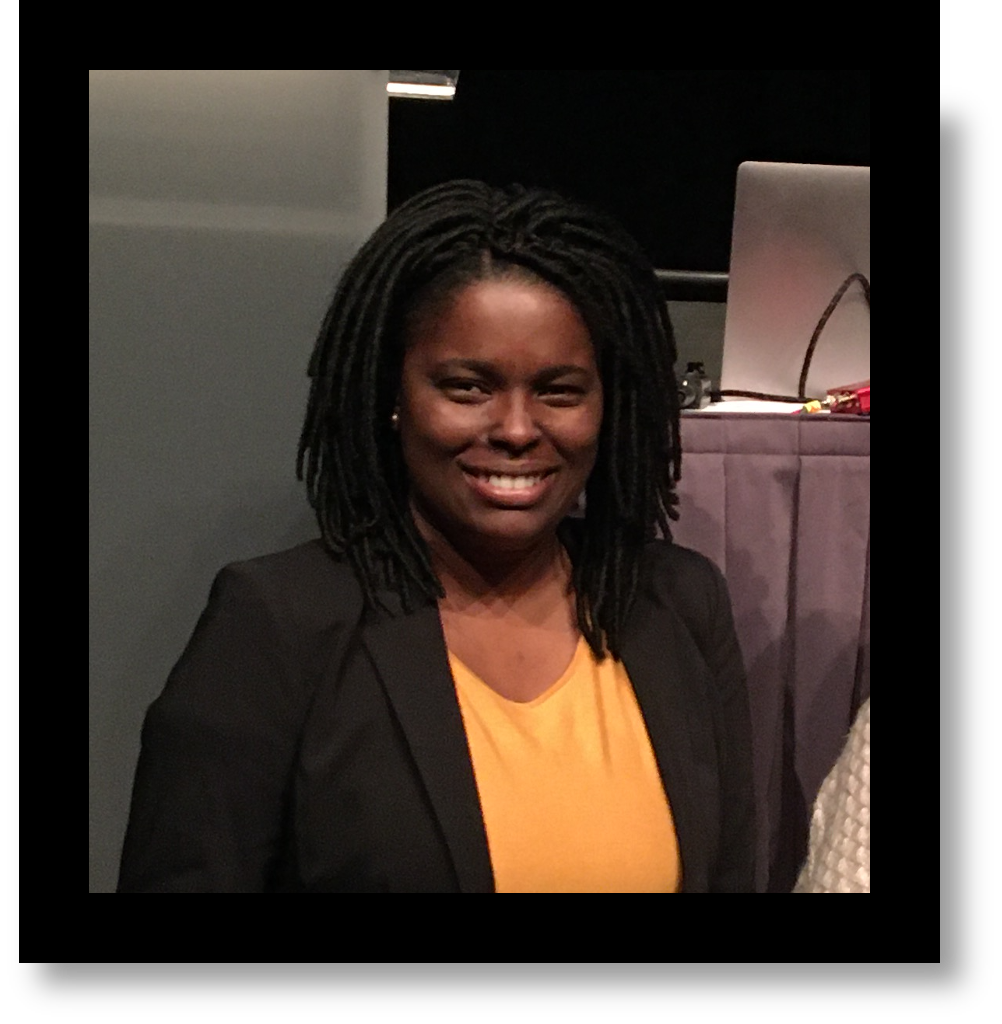 An educator at her very core, Dr. Kayon Murray-Johnson has so far enjoyed fifteen plus years, successfully training and facilitating diverse adult learners; she currently serves as Assistant Professor at the University of Rhode Island. Within the broad field of adult education, she has worked in adult and higher education, in vocational and technical education and in corporate settings in the United States and the Caribbean.

A significant part of her life and work has included professional development for educators, best practices for academic writing, and instructional design. Recently, a large part of her research agenda has focused on effective strategies for facilitating dialogues on racial/ethnic difference. She remains humbled and blessed in sharing this work—its major study was nominated for the outstanding dissertation award at Texas State University and more recently (as a published article), it earned the 2019 research award in diversity and inclusion from the POD Network (North American association of faculty developers). As she remains passionate about integrating her faith and her scholarship, elements of her work now point toward researching issues around the pedagogy of forgiveness.

Although her work with adults has occurred in multiple contexts, Dr. Murray-Johnson’s goal has remained the same: to use pedagogical best practices and positive affirmation as tools that would inspire and motivate learners, and to bridge the gap between challenges they face with content, and their desired goals. She always looks forward to new and exciting teaching and research opportunities, to traveling and to spending quality time with family and friends. 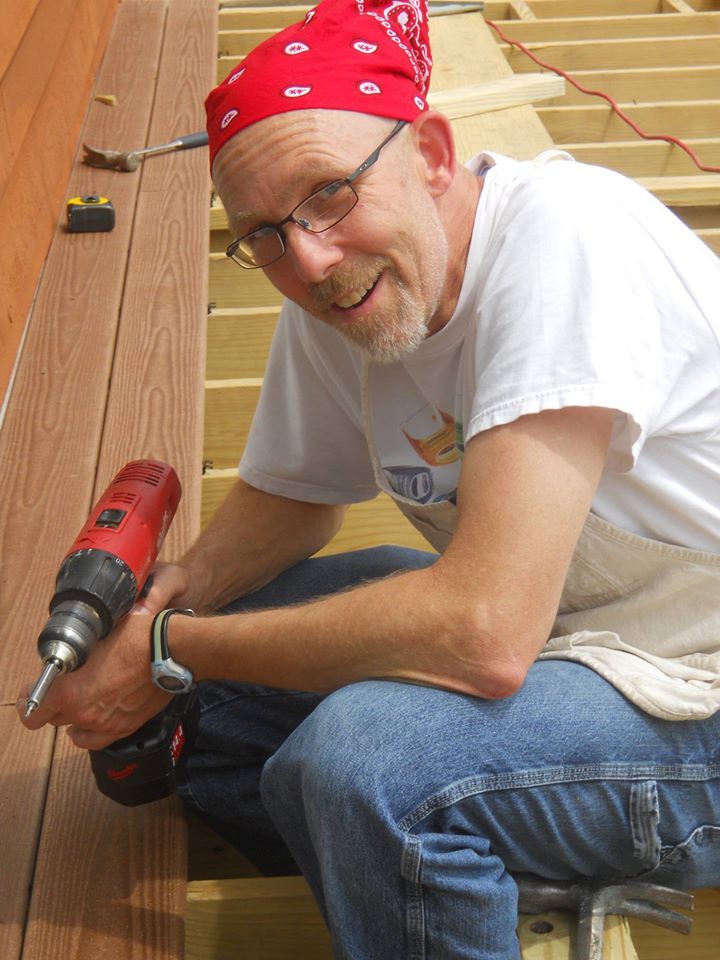 Jeff Barneson is a senior campus staff with the Graduate and Faculty Ministry of InterVarsity Christian Fellowship, and a member of the Harvard Chaplains.  Since 1983, he has been an advisor and friend to graduate students and faculty throughout the University.  As part of that community, he continues to read the Gospels and seek God’s justice and mercy for the campus and our world.

Graduating with a degree in Civil Engineering, he felt God’s call to the campus, which took him from the palm trees of Stanford University to the frigid winters of Cambridge, MA.  Along the way, he completed an MTh at Denver Seminary and an MC/MPA at Harvard Kennedy School of Government.  For several years, he served as a teaching fellow at the Harvard Graduate School of Design.

An avid cyclist, Jeff rides his bike several thousand miles a year and still races whenever he can.  He keeps bees, grows coffee and is, bit-by-bit, learning to play the pedal steel guitar. Jeff lives with his wife, Tara, two boys, Zach and Ezra, and dog, Hazel in Cambridgeport. They worship, learn and serve as part of Pentecostal Tabernacle. 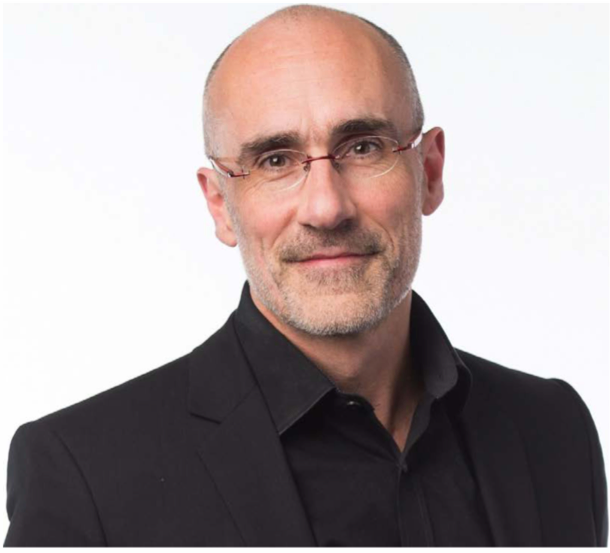 Arthur C. Brooks is Professor of the Practice of Public Leadership at the Harvard Kennedy School and Arthur C. Patterson Faculty Fellow at the Harvard Business School. Before joining the Harvard faculty in July of 2019, he served for ten years as president of the Washington, D.C.-based American Enterprise Institute (AEI), one of the world’s leading think tanks. Brooks is the author of 11 books, including the national bestsellers “Love Your Enemies” (2019), “The Conservative Heart” (2015), and “The Road to Freedom” (2012). He is also a columnist for The Atlantic, host of the podcast “The Art of Happiness with Arthur Brooks,” and subject of the 2019 documentary film “The Pursuit,” now available on Netflix. Originally from Seattle, Brooks currently lives in Brookline, Massachusetts, with his wife Ester Munt-Brooks, who is a native of Barcelona. They have three children, Joaquim, Carlos, and Marina.

‹ Back to All Events