President of Northern Trust Asset Management, Author of Discover Joy in Work: Transforming Your Occupation into Your Vocation, MBA from Booth 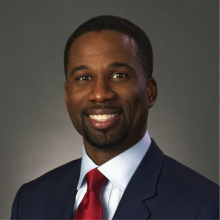 Highly respected for his authentic servant-leadership style, Shundrawn has earned numerous industry accolades over the years. In 2007, he made the "40 Under 40" list by Crain's Chicago Business. Then, in 2011, Black Enterprise Magazine identified him as one of "75 Most Powerful Blacks Under 50 on Wall Street" and again in 2017 as among the "300 Most Powerful Executives in Corporate America." In 2020, Shundrawn was identified by Savoy Magazine as one of the "Most Influential Black Executives in Corporate America." Shundrawn is a sought-after speaker and the author of four books, including his recent release, Discover Joy in Work: Transforming Your Vocation into Your Occupation. Shundrawn speaks and lectures nationally on subjects including vocation, leadership, values, strategy and faith.

Shundrawn is an engaged civic leader serving as a trustee for the Financial Accounting Foundation, Wheaton College, Rush University Medical Center and the Museum of Science & Industry, Chicago. He also serves as a board member of his local church. He holds a Bachelor of Science in accounting from Florida A&M University, and a Master of Business Administration from the University of Chicago Booth School of Business. Shundrawn is happily married, and he and his wife, Latania, have two sons. During his personal time, he enjoys reading, writing, running and traveling.