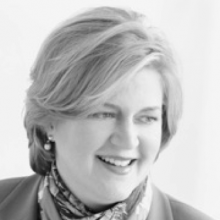 Sherron Watkins is the former Vice President of Enron Corporation who alerted then-CEO Ken Lay in August 2001 to accounting irregularities within the company, warning him that Enron ‘might implode in a wave of accounting scandals.’  She has testified before Congressional Committees from the House and Senate investigating Enron’s demise.

In recognition of her outstanding demonstration of ethics in the workplace, Ms. Watkins has received numerous honors, including the Court TV Scales of Justice Award and its Everyday Hero’s Award, the Women Mean Business Award from the Business and Professional Women/USA Organization, and the 2003 Woman of the Year Award by Houston Baptist University.  Glamour Magazine named her one of its 2002 Women of the Year, and Barbara Walters included her as one of the 10 Most Fascinating People of 2002. In 2003, the National Academy of Management presented Ms. Watkins with its Distinguished Executive Award, and the Women’s Economic Round Table honored her with the Rolfe Award for Educating the Public about Business and Finance.

Ms. Watkins is co-author, along with prize-winning journalist, Mimi Swartz, of Power Failure, the Inside Story of the Collapse of Enron, published by Doubleday in March 2003. Currently Ms. Watkins is lecturing around the globe on the leadership lessons from Enron’s failure.

Ms. Watkins joined Enron in late 1993, initially working for Andrew Fastow, managing Enron’s $1 billion-plus portfolio of energy related investments held in Enron’s various investment vehicles. She held the portfolio management position for just over three years, transferring at the start of 1997 to Enron’s international group focusing primarily on mergers and acquisitions of energy assets around the world. In early 2000, Ms. Watkins transferred into Enron’s broadband unit where she worked on various projects until late June of 2001 when she went back to work for Mr. Fastow in his new area of responsibility over the mergers and acquisitions group of Enron Corp. Ms. Watkins resigned from Enron in November 2002.

Prior to joining Enron, Ms. Watkins worked for three years as the portfolio manager of MG Trade Finance Corp’s commodity-backed finance assets in New York City and for eight years in the auditing group of both the New York and Houston offices of Arthur Andersen.

Ms. Watkins is a Certified Public Accountant. She holds a Masters in Professional Accounting as well as a B.B.A. in accounting and business honors from the University of Texas at Austin. Ms. Watkins is married with one child and resides in Houston, Texas.