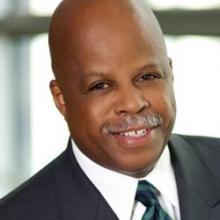 Obie McKenzie is a Managing Director at BlackRock, the largest institutional asset management firm in the United States. Mr. McKenzie graduated from Tennessee State University in 1967 and received his MBA degree from Harvard Business School in 1972. Mr. McKenzie is responsible for managing relationships with some of the largest pension funds in the United States including the Teacher Retirement System of Texas, New York City Employees’ Retirement System, and the Federal Reserve Employee Benefits System. In 2010 Mr. McKenzie received the AIMSE Richard A. Lothrop Outstanding Achievement Award as recognition for his outstanding achievements in the investment management industry and his community. In 2011 he was named by Black Enterprise Magazine as one of the 75 Most Powerful Blacks on Wall Street. In 2013 he was named Public Fund Marketer of the Year by Money Management Intelligence. During his career, he has held positions as Managing Director at Merrill Lynch Investment Managers, Executive Director at UBS Asset Management and Managing Director at Chase Investors. Mr. McKenzie was President and founder of McKenzie & Company, an NASD registered broker-dealer.