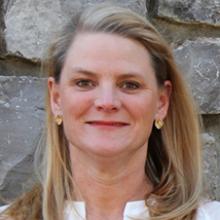 Missy Wallace is Vice President and Executive Director of the Global Faith and Work Initiative (GFWI), a ministry of Redeemer City to City. Before moving to GFWI, Missy Wallace was the founder and Executive Director of the Nashville Institute for Faith and Work (NIFW). She became inspired to study faith and work after working in Corporate America and then the nonprofit sector for over 10 years each and realizing that work can be a part of God’s unfolding story if we allow him to guide it rather than our false idols.

Prior to launching NIFW, Missy worked at Bank of America in Charlotte, NC; The Boston Consulting Group in Chicago, Singapore, Bangkok, and New York; Time Warner in New York; and most recently on the team that launched a new independent high school where she worked in various roles over a decade in marketing, admissions, and college counseling. Ms. Wallace holds a BA in economics from Vanderbilt, graduating on the Dean's Honor List, and an MBA from the Kellogg Graduate School of Management at Northwestern.