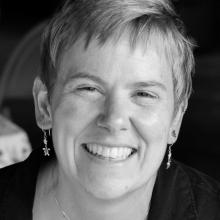 Melodie came to the University of Michigan as a first year student in the Fall of 1984.  After four years of student involvement with InterVarsity (IV) she joined InterVarsity staff, primarily serving undergrads at the U of Michigan. Since joining staff, God has grown her love for the campus and her heart for InterVarsity. His calling into Graduate and Faculty Ministries (GFM) became clear during Melodie's first sabbatical in 1999.  She began a Masters of Art and Religion in Biblical Studies, which was complete in 2003. God used the transition to GFM to increase Melodie’s vision for supporting and encouraging her IV staff colleagues. In 2005, she became the Grad & Faculty Team Leader for Michigan, and then stepped into the Area Director role in 2007. In 2013, Melodie applied for the role of Midwest Regional Director and began serving in 2014. Two of her passions are growing the ethnic diversity of our staff team in the Midwest and increasing the number of grad students and faculty making commitments to Jesus.

Melodie loves to start her day with a run, and usually participates in a half marathon each Spring and Fall. She lives in Ann Arbor, MI, with her dog, Samwise, and is grateful to live in a college town with excellent live music, lots of parks and coffee shops, and a fairly authentic Irish pub.