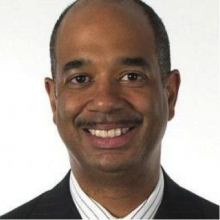 Prior to his current role, he had oversight responsibilities for Yoplait, General Mills Canada, and New Business Development.

Marc has received numerous awards and recognition including being named one of corporate America’s most powerful African American executives by Fortune and Black Enterprise magazines.

He grew up in West Hempstead, N.Y. He received a bachelor’s degree in economics from Dartmouth College in 1981 and an MBA in marketing and finance from the University of Pennsylvania’s Wharton School of Business in 1983. Marc and his wife, Alicia, reside in Minneapolis.