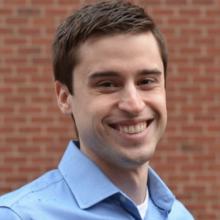 John Cortines oversees the Maclellan Foundation’s investments and strategies to grow a global movement of generosity among all believers. He began his career as a Petroleum Engineer with Chevron. While at Harvard Business School, he encountered a radical call from God to reframe his perspective on generosity and ultimately shift his career into the nonprofit sector. He previously served for five years at Generous Giving, most recently as COO.

John is the coauthor of two books on biblical generosity (God and Money, and True Riches) which together have over 50,000 copies in circulation.

John lives in Florida with his lovely and gracious wife Megan. They have three biological children, in addition to twin foster babies. They also manage a flock of egg-laying hens (14, as of their most recent poultry census). They worship at Northland Church where John serves as a governing elder. John holds a MBA, MS in Geophysics, and BS in Chemical Engineering