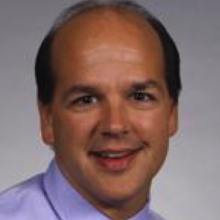 David was selected by the Atlanta Committee for the Olympic Games to serve as the Envoy to the New Zealand Olympic Team. This involved a two-year commitment to an extensive training program as well as a six-week, full-time commitment during the Games. Additionally, he has been very involved in the development of Eagle Ranch, Inc., a home for needy children in North Georgia. Serving on the board of directors since its inception, he served a term as chairman of the board. As a former member of First Baptist Church of Atlanta, he served a term on the executive committee. He is currently a member of Northpoint Community Church and served on the stewardship team and as an elder. He is also involved in many other community-based boards and ministries.

David attended Chamblee High School in Atlanta. While a senior in high school, he attended DeKalb College on joint enrollment. He then attended Wake Forest University, the Universidad de Madrid (Madrid, Spain), and graduated from the University of Georgia. As a senior, he was awarded the Thomas Arkle Clark Award from Alpha Tau Omega fraternity as the most outstanding graduating senior in the nation, the first ever from Georgia. He is an alumni of the Harvard Business School (AMP166).

David recently accomplished a personal goal of writing a book. He and co-author, Dr. Randy Ross, released Remarkable! in May of 2013.

In his spare time, David enjoys spending time with his wife and children. They enjoy traveling and have traveled extensively both domestically and internationally.