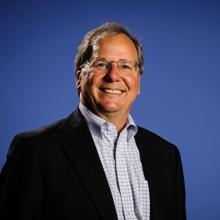 Barry Rowan has over thirty years of senior leadership experience building significant technology and communications companies. He currently serves as the CFO for Gogo, the inflight internet company with annual revenues of nearly $900 million.  He was previously CFO for Cool Planet Energy Systems, a renewable energy company located in Denver, Colorado.  From 2010-13, Barry served as EVP, CFO and Chief Administrative Officer for Vonage Corporation in Holmdel, New Jersey where he was part of the leadership team that successfully turned around this $900 million internet communications company.

From 2003-2006, Barry was with Nextel Partners, serving as its EVP, Chief Financial Officer and Treasurer.  From its founding in 1999 in Kirkland, Washington, Nextel Partners grew into a Fortune 1000 company providing Nextel-branded services to over 2 million customers in mid-sized and rural markets in 31 states.  The company was consistently ranked among the fastest growing wireless companies in the U.S., reaching $1 billion in revenues in its first five years. Fueled by this rapid growth, the equity value of the company grew from $2 billion to over $9 billion during Rowan’s tenure, culminating in its sale to Sprint for $10 billion in June of 2006.

After starting his career in the finance department for a division of Hewlett-Packard, Barry joined Comlinear Corporation after graduating from the Harvard Business School.  Comlinear was a venture-backed technology company that would become the 110th fastest growing company in the U.S.  He began as its Chief Financial Officer and was later promoted to President at age 32.  In 1992 he joined Fluke Corporation (NYSE) as Vice President and Chief Financial Officer.  In 1995, he became Vice President and General Manager of the verification tools division, and in 1996, he was promoted to Senior Vice President and General Manager of the newly-created networks division, a business that grew from start-up to $100 million in six years.  Fluke’s stock price more than tripled during Rowan’s six years with the company.  From 1999 to 2001, Mr. Rowan served as Chief Financial Officer at Velocom Inc., a large-scale telecommunications start-up doing business in South America, and subsequently served as Chief Executive Officer of Vesper, the company's Brazilian subsidiary.

Mr. Rowan has served as a director for multiple public and privately-held companies, publicly-traded companies, including ICO Global Communications and ARIS Corporation, has served on the boards of multiple privately held companies.  Motivated by his belief in giving back to the community and investing in the next generation of leaders, he has also served as a trustee for Seattle Pacific University, Gordon College, the board of advisors for the Honors Program in Entrepreneurial Leadership at Gonzaga University, and as President of Bellevue Christian School.  He has served on the InterVarsity board of directors and chairs the board of a Harvard Business School alumni organization.  He has taught university courses at the undergraduate and graduate levels and is a frequently requested speaker at a wide-variety of forums.  He is married to Linda, his best friend and wife of thirty-seven years, and they have two sons, Mark and David, both in their late twenties and now married to wonderful young women.  An avid reader and lover of the outdoors, Barry enjoys skiing, hiking, golf, and most sports.