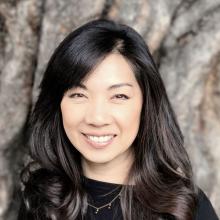 While based at the Studio in Burbank, California, she was responsible for overseeing multiple aspects of HR, including employee relations and investigations, training and development, compensation and benefits and talent acquisition. In her role, she closely collaborated with both divisional presidents, department heads and production executives to address priorities and objectives with a focus on human capital management.

Ada graduated from the University of Southern California in 1989 from the Annenberg School of Communications and a minor from the Marshall School of Business. She joined Warner Bros. shortly after graduation and spent her entire working career at the Studio.  Currently, she actively serves on multiple boards: USC Asian Pacific Alumni Association (current President), the USC Board of Governors, the Japanese Evangelical Missionary Society, and on the Board of Trustees at Maranatha High School.